L’Unione Italiana (The Italian Club of Tampa, Inc.) formed the Tampa-Agrigento Sister Cities Committee in 1987. The Committee selected the City of Agrigento as its Italian Sister City, due to it being the capital of the Sicilian Province of Agrigento, where approximately 90% of Tampa’s Italian Americans trace their roots.

The official affiliation was approved by both cities in August 1991, with the signing of international documents by Tampa Mayor Sandy Freedman and Agrigento Sindaco (Mayor) Roberto DiMauro in Tampa, Florida. During the one-week visit, Sindaco DiMauro arrived in Tampa with a 28-member delegation consisting of other Agrigento officials, their families, and the Sicilian folkloric dance group Vecchia Gergenti.

The visiting delegation met with Tampa and Hillsborough County officials, toured local public utility facilities, and was hosted at several functions. The Italian American community opened their homes to host each member of the delegation. The Vecchia Gergenti group conducted several performances in Tampa, each with overwhelming crowds, and taught local schools and dance groups authentic Sicilian dances.

In May 1992, Mayor Freedman and a 19-member delegation from Tampa visited Agrigento. Sindaco Leandro Bonaccolta graciously hosted the delegation for 3 days. The delegation visited local museums and temples, exchanged gifts with the Agrigento Council, and discussed future

Several delegations have exchanged visits since that time. Mayors, other dignitaries, and performers from the province have visited Tampa. Delegations from Tampa have included members of Tampa City Council, Hillsborough County Commission, and the Florida Senate. However, in May 1996 Tampa Mayor Dick Greco led a 20-member delegation to Agrigento. The group met not only with Agrigento Sindaco Calogero Sodano, but also with the President of the Province of Agrigento and the mayors of Alessandria della Rocca and Santo Stefano Quisquina. This visit initiated a dialogue that resulted in the National Museum in Agrigento agreeing to loan major Sicilian antiquities to the Tampa Museum of Art. Antiquities that had previously never left Sicily.

2021 marked the 30-year anniversary of our Sister Cities relationship. As part of our celebration, Tampa Sister Cities partnered with Piazze D’ Italia, The Italian Club of Tampa, and La Nuova Sicilia Unita Lodge of the Sons of Italy to display the products of Sicily in Tampa. The Italy Expo 2021 hosted Sicilian chefs and artisans that exposed Sicilian cuisine and products to the citizens and business owners in Tampa and throughout Florida to create ongoing business opportunities. 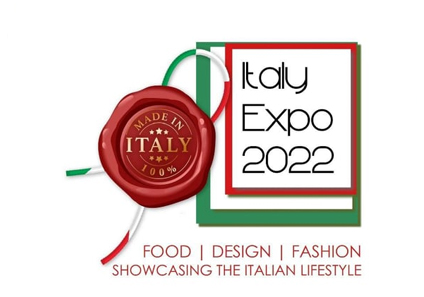 Tampa's relationship with Agrigento has been strong and active, with dozens of trips, exchanges, and events. However, the strength of any sister city relationship depends entirely on those volunteers who serve on the city's affiliate committees. If you have a passion for Tampa and Agrigento and would like to serve on our affiliate committee, please complete the Affiliate Committee Volunteer Form.

Agrigento is a hilltop city on Sicily's southwest shore. It's known for the ruins of the ancient city of Akragas in the Valley of the Temples, a vast archaeological site with well-preserved Greek temples. On the modern city's outskirts is the Museo Archeologico Regionale 'Pietro Griffo', with artifacts and a telamon (giant male figure). West lies Scala dei Turchi, a stepped white cliff overlooking sandy beaches.